Rwanda Travel Information: Rwanda attracts many visitors with its remarkable mountain gorilla population in Volcanoes National Park, big five game in Akagera National Park, chimpanzee communities and canopy walks within Nyungwe Forest National Park, wide array of bird species, laid-back way of life, mouth-watering local cuisines and sparking Lakes that include Kivu and Twin Lakes of Bulera and Ruhondo. Although it is rare to go wrong during safaris in Rwanda, a little bit of preparation can go a long way. In insight into Rwanda Travel Information is fundamental in creating stress-free travel and memories that will last a lifetime. 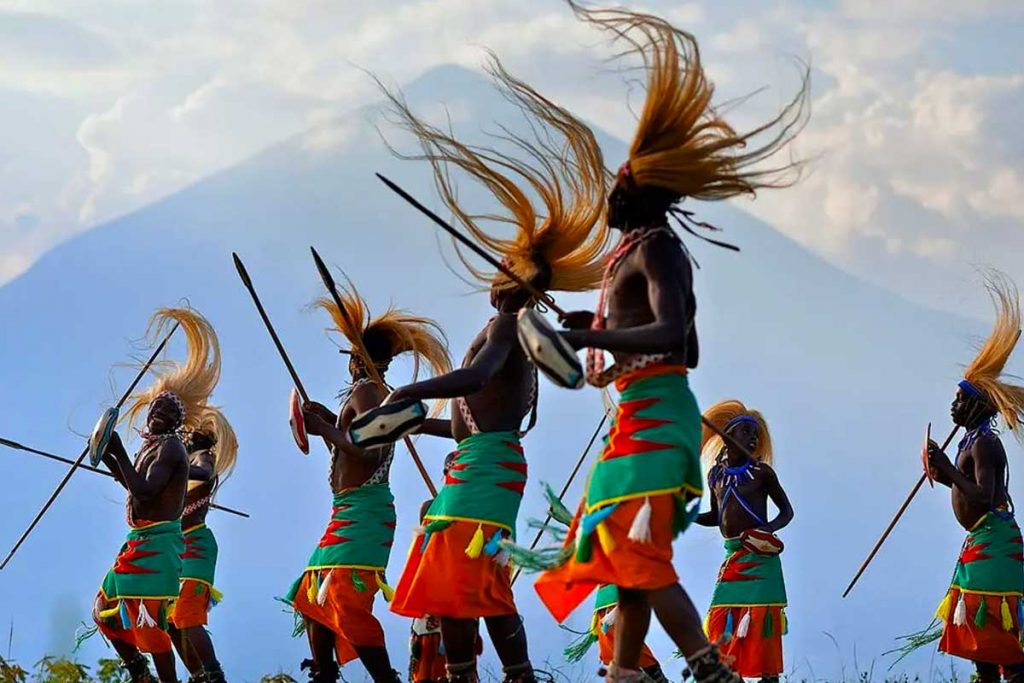 Book NowHaving Rwanda travel information is important for planning a successful safari an leave experiences and memories that are worth cherishing for the rest of your life.

Places to visit in Rwanda

From the verdant Volcanoes National Park, Lake Kivu, Nyungwe Forest National Park, the Genocide Memorial Sites, Akagera National Park, Art and craft galleries as well as cultural sites to Gishwati-Mukura National Park, Travel in Rwanda is diverse and equally rewarding. Each of the Provinces has something spell-binding to explore-whether its culture, wildlife or urban life. Regardless of the long list of places to visit in Rwanda, here are our top picks;

Volcanoes National Park is one of the Continent’s must-visit Protected Areas, nudging the largest number of gorilla trekkers across the World. The Park’s 12 habituated gorilla families are the most apparent reason why travellers visit it, although 200 bird species, five Virunga Volcanoes, Dian Fossey’s research base and final resting place as well as several other mammal species that include elephants, golden monkeys, black-fronted duikers and others also call the Park home.

Even though Volcanoes National Park pulls thousands of travellers each year, Nyungwe forest is a treasure trove worth uncovering. The country’s second largest Park is haven to over 11 primate species that include Chimpanzees, blue monkeys and L’Hoest monkeys and many others. Over 320 bird species, 1000 plant species and so much more are sheltered.

Just 2 hours’ drive from Kigali City lies the renowned Akagera National Park, Rwanda’s only savannah-dominated National Park. This is haven to the big five game, over 500 bird species, beautiful Lakes that include the country’s second largest water body and so much more.

Rwanda can be visited all year round, because the best time largely depends on your personal interests and places you desire to explore. However, the peak season is between December and February as well as June to August where demand for accommodation is high and prices soar, especially within the National Parks.

March to May and October to November are the rainy months in Rwanda characterized by muddy and slippery hiking trails but prices are relatively lower.

How to get to and around Rwanda

Majority of travellers to Rwanda use plane and numerous International flights connect Kigali City with most African countries, parts of Europe and the rest of the World. When it comes to getting around, the country boasts of well-developed road network. Additionally, there is a slightly well-organized bus network in addition to wide range of Car Hire Companies as well as domestic flights.

Hiring a car is the easiest and less nerve-racking option for your Rwanda safari with flexibility, comfort and privacy as well as cleanliness.

Accommodation in Rwanda is considered costly compared to other countries in the same region but expect high-class amenities as well as value for money. Surprisingly, even the budget Hotels offer the basic minimum like clean linen, spacious rooms and clean bathrooms/toilets. This country has some of the best upmarket Hotels, Lodges, Tented Camps and Resorts in the Parks and Towns.